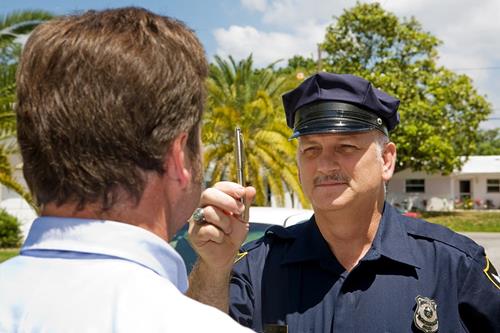 When a police officer suspects that your driving abilities are impaired by alcohol, he or she may pull your vehicle over and ask that you complete a field sobriety test, as well as a Breathalyzer or chemical testing. One condition of obtaining your driver’s licence is that you impliedly consent to undergo testing if a police officer asks that you do so.

Refusing to take the test can result in criminal penalties. Calgary has a fair number of drunk drivers, a rate less than half of Alberta as a whole. The city treats criminal drunk driving offences very harshly. At Bourdon Defence, our experienced team of lawyers can review your drunk or impaired driving charge and ensure that we safeguard all of your legal rights throughout the proceedings.

Calgary drivers must not operate a motor vehicle while they are impaired by alcohol. This is true regardless of their blood alcohol concentration (BAC) level. If your BAC is greater than 0.05 percent but less than 0.08 percent, your licence can be suspended (and your motor vehicle seized) for a period of three days. If your BAC is greater than 0.08 percent, you can receive a drunk driving charge. Finally, if you have any alcohol in your system and are a new driver with some form of Graduated Driver’s Licence—or GDL—your licence can be suspended for 30 days, and authorities can seize your vehicle for seven days.

If a police officer requests that you complete one or all of these Standard Field Sobriety Tests, you must do so. In Calgary, you do not have a legal right to speak with your lawyer prior to completing a field sobriety test. You also do not have a legal right to refuse one or more of these tests. If you do refuse to take a field sobriety test, the police officer can charge you with failing to comply with an officer’s demand. A judge will later decide if you had a reasonable justification for refusing to take the test.

If you are facing a drunk or impaired driving charge in Calgary, the legal team at Bourdon Defence can work with you. To schedule an evaluation and free consultation at with a Calgary criminal defence lawyer, you should feel free to call us today at (403) 474-4143 or contact us online.