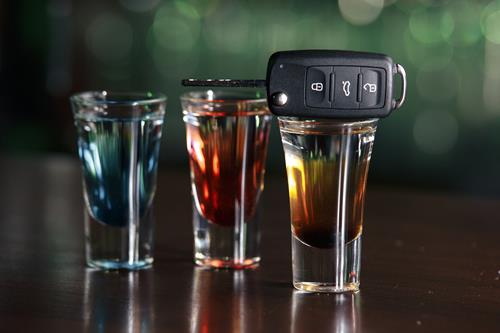 If you or someone you love has been arrested or charged with driving under the influence (DUI), otherwise known as impaired driving in Calgary, immediately retain legal counsel to represent you. DUI convictions can result in high fines and other harsh penalties.

Consequently, you want a legal team on your side that regularly handles Calgary DUI matters and takes them to trial. The Calgary DUI defence legal team at Bourdon Defence does just that. Our skilled lawyers may even be able to convince a Crown prosecutor to reduce your DUI charge down to careless driving or even obtain a complete dismissal of your DUI charge.

Calgary, Alberta takes drunk driving offences and impaired driving charges very seriously. If you are found guilty or convicted of impaired driving, you will be subject to harsh fines and unforgiving penalties. BAC limits are used to test a person’s level of intoxication. The legal blood-alcohol limit for drunk driving in Alberta is 80 milligrams of alcohol per 100 millilitres of blood. In the United States, this is equal to a 0.08 BAC. If a police officer administers you a Breathalyzer test and you blow in excess of a 0.08, you can face charges of impaired driving. There are also some limited consequences that apply if you drive with a BAC of between 0.05 and 0.08. New drivers in Calgary, on the other hand, are not permitted to drive with any alcohol in their system, and a zero-tolerance policy is in place for those drivers.

Sentencing Calgary judges have wide discretion when it comes to imposing criminal penalties for impaired driving convictions. Upon a conviction of a first-time impaired driving offence, they can suspend your driver’s licence until the resolution of your criminal case. There are also fees associated with towing and impounding your vehicle. Moreover, they can impound your motor vehicle for a period of three days, and you will have to attend a mandatory “Planning Ahead” class. Second and subsequent impaired driving offences in Calgary can result in all of the following consequences:

Finally, individuals who are found guilty or convicted of impaired driving in Alberta must complete alcohol education classes. The Alberta Motor Association offers these classes. Drivers must complete this course in order for them to get their driver’s licence back.

If you are facing Calgary DUI charges or are in the midst of DUI proceedings, then you need to be represented by an experienced lawyer throughout your case. The knowledgeable DUI defence legal team at Bourdon Defence can help you obtain the best result possible in your case under the circumstances. To schedule a free case consultation and evaluation with a DUI defence lawyer in Calgary, you should call us today at (403) 474-4143, or contact us online.