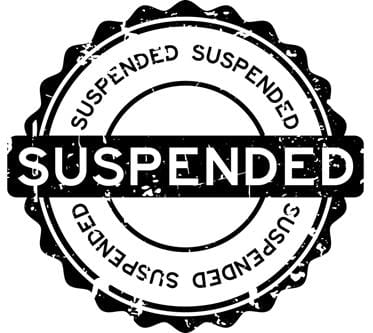 The experienced Calgary driving defence lawyers at Bourdon Defence can determine if your charge holds merit. Our experienced legal team can ensure that your legal rights remain protected throughout your criminal case and can work toward obtaining a dismissal on your behalf or a smaller penalty than what the Crown prosecutor recommends.

A person’s licence to operate a motor vehicle on Calgary roadways may be suspended for a variety of reasons. Some common reasons why a person may lose his or her licence to drive in Calgary include the following:

If you are caught driving without a licence or driving on a suspended licence, and you are convicted, you can face serious penalties up to and including jail time. You may also be required to attend a driver improvement course, and you will be unable to operate your vehicle for a period of time, resulting in further inconvenience. The skilled driving defence lawyers at Bourdon Defence understand the consequences associated with a driving on suspended conviction—including the potential personal consequences. Our legal team will do everything possible to reduce the impact of these consequences, help you get a fair result in your case, and return to your life as usual. To set up a free legal consultation and evaluation with a Calgary driving defence lawyer, you should call us today at (403) 474-4143, or contact us online.