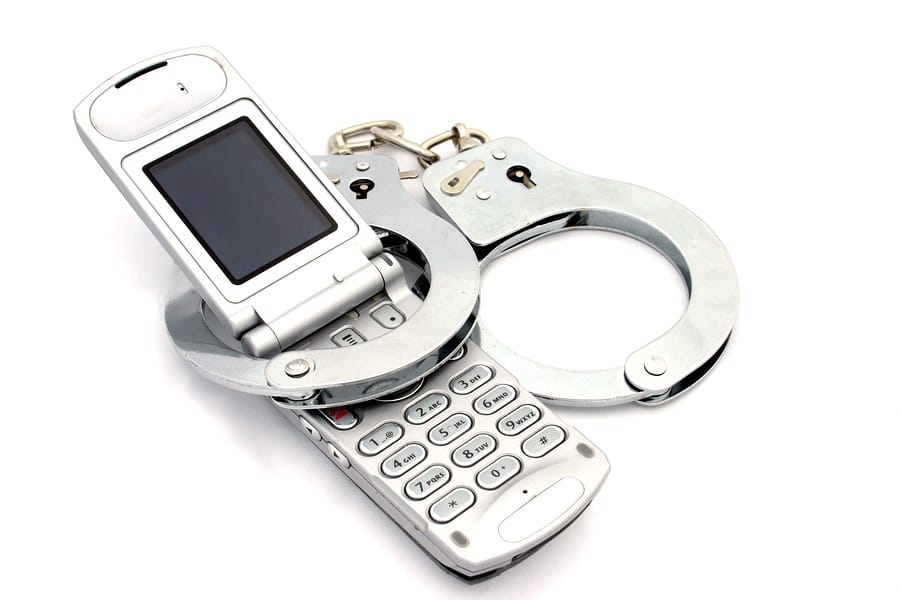 Many Calgarians are more or less totally dependent upon their cell phones and store large amounts of information on their phones. This information typically includes notes, telephone numbers, and other personal and private information.

Citizens arguably have a reasonable expectation and right of privacy with regard to information that they have stored in their cell phones. This especially true when it comes to searches and seizures performed by police officers and other investigators. The Canada Charter protects citizens against police searches and seizures that are unreasonable. In some instances, however, police officers have a right to search a person’s cell phone without first obtaining a warrant. If you believe that police officers violated your Charter rights with regard to your cell phone, the experienced Calgary criminal defence lawyers at Bourdon Defence may be able to assist. Our skilled legal team might be able to investigate your circumstances, safeguard your legal rights, and defend you in any criminal case that is pending against you.

Courts in Canada have traditionally held that cell phone users have a reasonable expectation of privacy with regard to private information stored on their cell phones. However, the question of whether a specific person has a reasonable expectation of privacy regarding the contents of a cell phone is determined based upon the totality of all circumstances available to law enforcement—and on a case-by-case basis. Some Canadian courts have found that:

In 2017, the Supreme Court of Canada addressed the question of whether a person’s reasonable expectation of privacy with regard to cell phone contents extended to text messages which had been stored in the cell phone. In the 2017 case of R. v. Marakah, the SCC determined that individuals may have this expectation of privacy that then protects texts messages stored in the phone that the accused sent and received. In the 2017 companion case of R. v. Jones, the SCC found that a person who sends a text message to someone else has a reasonable expectation of privacy with regard to the message record which is stored by the cell phone service provider.

Search of the Accused’s Cell Phone Incident to Arrest

Generally speaking, cell phone users have a reasonable expectation of privacy with regard to the contents of their phone prior to a lawful arrest. However, after officers arrest a person, the arrestee has a much lower expectation of privacy. In some instances, a police officer may have the discretion to search an arrestee’s cell phone following an arrest in cases where:

A search of a person’s cell phone following arrest does have its limits, however. Police officers are not allowed to search an arrestee’s cell phone weeks after the arrest. Moreover, the arrestee has no obligation to furnish the police officer with a password or passcode to the device. Rather, the accused must consent to make this information available.

Unlawful Searches and Seizures of Cell Phones and Their Contents

Under the Canadian charter, Calgarians have protections against unwarranted, intrusive, and unlawful police searches and seizures. If a police officer violates this right by unlawfully confiscating and/or unlawfully searching the contents of a person’s cell phone, the evidence could ultimately be suppressed or excluded. In criminal cases, the Crown prosecutor has the burden of proving the case beyond a reasonable doubt. In order for the prosecutor to satisfy this high legal burden, he or she must satisfy every legal element of the underlying criminal offence. If the court suppresses key pieces of evidence from a cell phone (or some other source) because police obtained them unlawfully, the Crown prosecutor may not be able to satisfy the burden of proof in the case. This, in turn, could ultimately result in the prosecutor or court dropping the charge or dismissing the entire criminal case.

Individuals in Calgary have a right to be free of searches and seizures which are against the law—including those that involve cell phones and other electronic devices. When investigators and police officers obtain evidence in any criminal case in violation of your Charter rights, that evidence is subject to dismissal. If you have been charged criminally based wholly or partly upon evidence that the police obtained from your cell phone, you should promptly search for—and retain—experienced legal counsel to defend you against your criminal charge. At Bourdon Defence, our knowledgeable legal team can review the circumstances behind your charge and arrest and determine whether authorities violated your privacy rights. If so, our experienced lawyers can make the necessary arguments in court and might be able to recommend a charge dismissal on your behalf. To arrange for a consultation and case evaluation with a Calgary criminal defence lawyer, feel free to give us a call today at (403) 474-4143 or contact us online.